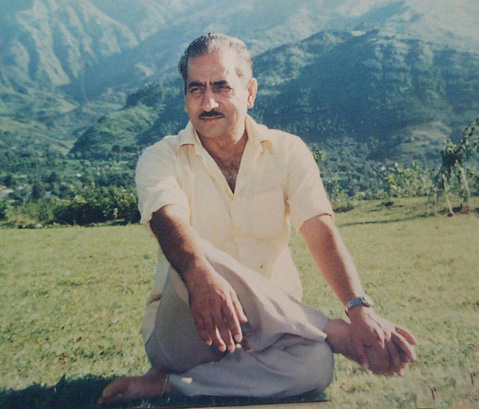 Our Gurudev: Right since childhood, Gurudev was in search of “something” in life but did not know what. After doing His metriculation, His parents married him. From the first day after His marriage, He left the house in search of the “thing” that He Himself did’nt know. For about 4-5 years He went around at all the religious places. He went to churches, gurudwaras and mandirs but He did’nt get what He intended to get. He even went to the himalayas. He spent His time with all sadhus but again …Read More

Our Guru Mata: Who is as powerful as Lord Shiva in this world. It is Maa Shakti. Our Guru – Mata is the living epitome of Gurudev’s power. When Gurudev left to find His identity, first day after His marriage, no one knew, that when He will return. Mataji waited, patiently for Gurudev to return, all the while knowing in Her heart that He will return. She used to pray for His well being where ever He might be …Read More

Samadhi Darshan: Gurudev is everywhere. In everyone’s Heart…but yet… at the Samadhi, one can still feel his physical presence. …Read More

Moorti Roop at Gurgaon Mukhya Sthaan: Guruji’s Moorti Roop was “Sthaapit” at the Main Gurgaon Sthaan (Sector 10-A) in the year 2006. The Moorti Roop was crafted by the some of the best craftsmen in… …Read More