The significance of “Laung”, “Elaichi” “Kali Mirch” and “Jal”

Gurudev blesses and gives “Laung” and “Elaichi” to heal a person from his problems. 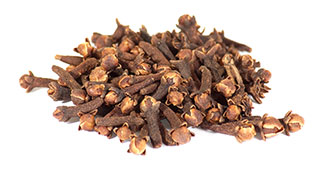 The “Laung” is Positive (Male) and the “Elaichi” is Negative (Female). Everything in this world, moves because of the join of positive with negative. Electricity works with Positive and Negative currents. If either one is missing, everything comes to a standstill.

If a “Laung” is placed vertically over a horizontally lying “Elaichi”, it takes the shape of a “Shivling” – The union of the powers of “Shiv” and “Shakti”. 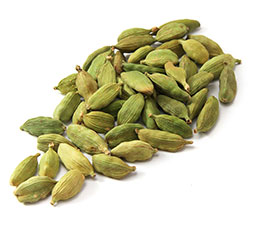 The blessed “Laung” is to be taken by a person at night. The “Laung” is always swallowed (with water) and never chewed. It spiritually collects the problems / ailments of a person through the night. The following morning, the “Elaichi” is to be taken. The “Elaichi” (with the powers of Shakti) pulls out the problems of the person which are collected at ONE place within him and sent to Gurudev. Both the things happen spiritually and nothing is felt by the person physically. Eventually, the person is rid of his problems.

Ordinary water is blessed by Gurudev and it becomes “Jal”. Sometimes ‘Kesar’ (Saffron) is added to it. With His touch and Blessings, His powers are passed on to the “Jal”. Various spiritual problems can be healed with the powers of the “Jal”. If it is taken with “Laung” and “Elaichi”, it speedens up the healing process within a person because Gurudev passes HIS OWN powers to a person through the “Jal” and it makes the person feel physically and mentally comfortable. 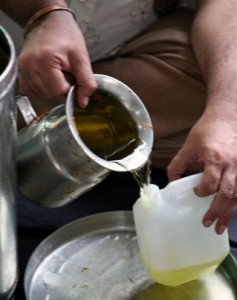 From the spiritual point of view, Laung and Elaichi have a very deep significance. As already said above, when Laung is placed on Elachi in a perpendicular position, then this combination takes the shape of a shiv-linga. A human form is the most exalted creation of the Lord. It is like a mobile temple. When laung and elachi is taken with implicit faith and reverence, while inwardly chanting ‘Aum Aum Aum’, then symbolically, we are establishing shiv-linga (shiv-shakti) in this corporal temple. Furthermore, by pouring jal on that shiv-linga (i.e. drinking jal) day and night, an effort is being made to cleanse the dirt, layer after layer, of rajoguna and tamoguna, accumulated during birth after birth and establish satoguna in a clear, transparent and pure mind.

This effort generates cosmic energy in the human body and ensures regular and adequate flow of life force, eradicates ailments, enhances will-power, and in a clear and transparent mind, you are able to see and realize your real-self (atman) which is an inseparable part of Param-atman.

Jal is a life source. Merely by adopting the qualities of Jal, one can ensure fulfillment of life. The inherent qualities of Jal are coolness, purity, transparency, continuous flow and ability to change its course when it comes across obstacles, transform its transparency into any colour it is put into. That is how our life needs to be. Remain cool in favourable as well as in adverse circumstances. Ensure transparency in your character, purity in your thoughts, actions, behaviour and conduct, and you would pleasantly observe that you belong to the entire world and the entire world belongs to you – .Vasudhaiva Kutumbhakam. Life is a continuous flow of energy and must go on if the human race has to progress. One should be able to change and adjust oneself in changing circumstances and situations. Obstinacy will only result into turbulence – anger, hostility, animosity, jealousy, so on and so forth, which is not the purpose of our life. 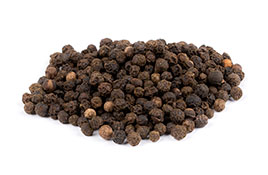 The “Kali-Mirch” (Black Pepper) signifies the powers of Maha-Shakti. It is blessed by Gurudev to pass on the divine power to it. It is used by Him to heal a person of his spiritual problems (“Pret-Rog”). There are a lot of spiritual problems which don’t have an answer in the medical science and the Doctors don’t have a cure for them. A person can be rid of these problems by the blessed “Kali-Mirch”. With the Grace of Gurudev a person becomes “Rog-Mukt” (Free of the ailment) as well as “Dosh-Mukt” (Free of the Sins).

Gurudev is the only one, who is capable of donating his “Karmas” (“Punya-Daan”) also. Through the “Jal” Gurudev donates his “Karmas” to the person and also passes his powers through him, which ultimately helps in healing him and making him feel better.

The most important thing is a person’s “FAITH” in the powers of Gurudev. Anybody who comes with a pure heart and an un-conditional belief in Gurudev is sure to be blessed by Him